I still remember, as if it were yesterday, my first visit to the house at 88 Maida Vale Road, one bright sunny Saturday afternoon in late 1974; climbing up the wooden stairs, past the ground floor where the landlady lived, and on up, to the first floor balcony, and the front door. Stepping inside I saw an old balalaika hanging on the wall beneath the stairs, and beyond it, a samovar proudly positioned in the dining room.

A family of four rented the upper floors of the house at the time; Ikar, his wife Pat, and their teenage daughters Katharine and Anna.

Ikar’s father, Arseny Pavolich, was born in St Petersburg in 1890. His life was as epic as any novel by Tolstoy or Dostoevsky; a sailor in his youth, on clipper ships around the world; and then an early revolutionary, arrested by Tsarist police and sentenced to permanent exile in Siberia; he is marched there in shackles all the way from Moscow, narrowly avoids execution, and escapes into the vast expanse of Taiga forests; he lives underground for four years until the 1917 revolution when he is elected workers representative for Siberia in the first Soviet parliament; he serves with a famous partisan regiment in the civil war, but is then forced to flee with his family to Manchuria when the Bolsheviks begin to purge his party, the left-wing Social Revolutionaries. In 1939, he and his family are forced to flee again, this time from the invading Japanese army. They arrive in New Zealand as refugees. Throughout these constant upheavals, Arseny finds time to also write poetry and short stories. His last words on his deathbed, to his son Ikar, are about the progress of a translation of his work. Ikar is also dead now, and too, his wife Pat, a most generous hearted soul imbued with love for music.

The family have long ago vanished from the house at 88 Maida Vale Road, but 46 years later, the house still stands above Balaena Bay, looking remarkably unchanged. Even the grounds and the cabbage tree on one corner appear completely unchanged. Time has moved on everywhere else but not here. I can still see myself, climbing the path, and then the steps onto the balcony. I knock at the door. It is opened by dark haired, dark eyed, Katharine. The old balalaika is still hanging in its place on the wall behind her. 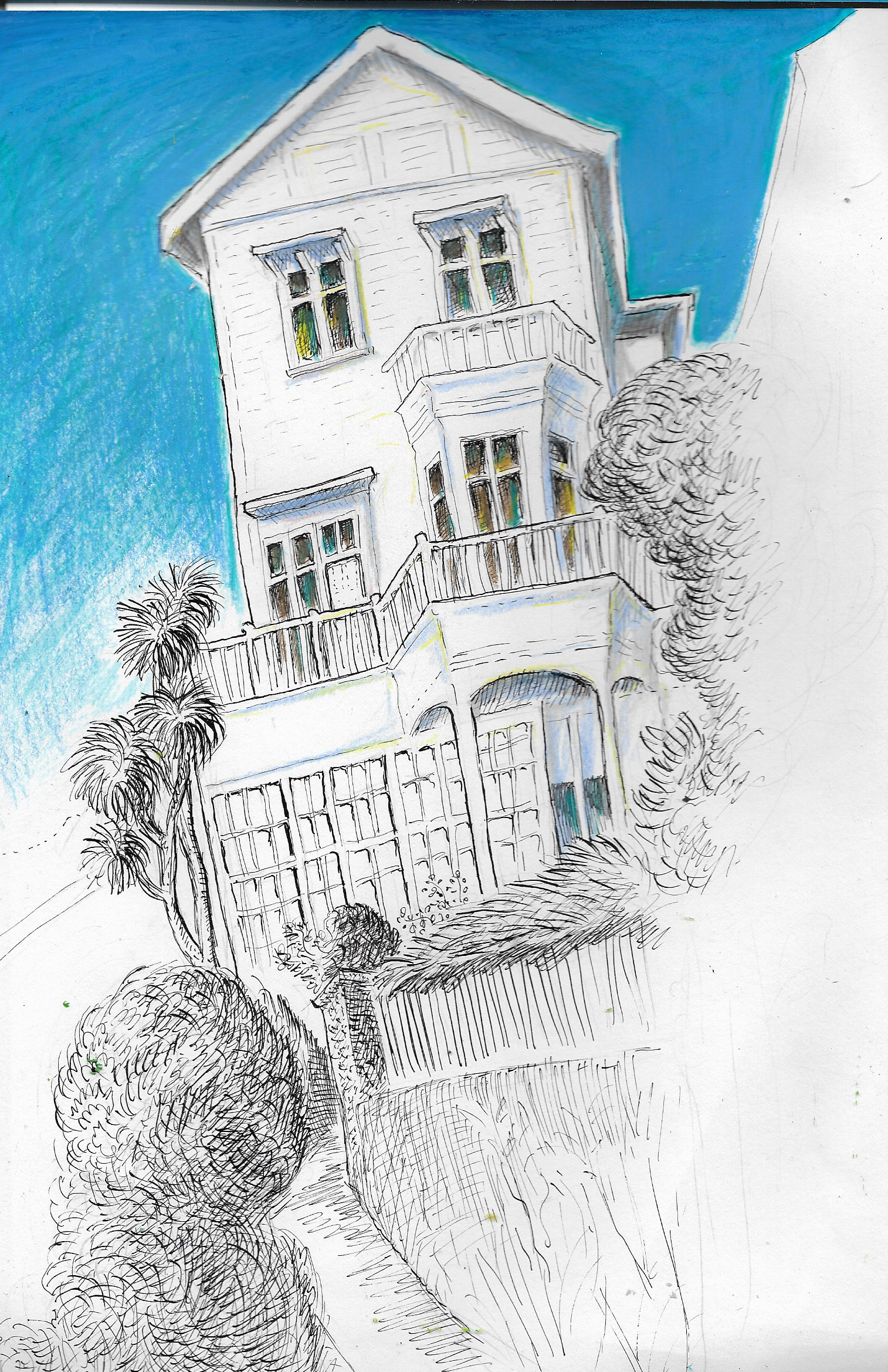 An aria in moonlight.
Article