The Breath of Another World - Lower Hay St, Oriental Bay

I was born in a gargantuan timber house at the lower end of Hay St at the base of Matairangi/Mt Victoria, and within easy reach of Oriental Bay and the sea. The house at No 2-4 remains there today externally unchanged as if time has stood still within it.

My parents rented the lower ground floor flat from their kindly landlady Mrs Minchin. Mrs Minchin lived on the floor above. She gave my parents a series of parting gifts when they left including a round table with an intricately carved top.

Lower Hay St was very sociable in those days, my parents knew all their neighbours, and remembered with special fondness a Jewish German family living on the other side of the street. John and Maria Dronke, and their two young children, arrived in New Zealand in August 1939 as refugees escaping Nazi terror and persecution. Maria had been born in Berlin in 1904. She graduated in philosophy and modern literature at the city’s Friedrich-Wilhelm University and went on to become one of the country’s leading actresses during the Weimar era, performing the plays of Goethe, Lessing, Schiller, and Shakespeare, and working with renowned director Max Reinhardt. John Dronke had worked as a judge, first in Hamburg, and then in Cologne, before being forcibly dismissed from his position during Hitler’s purge of the civil service.

Maria’s career in theatre took on a second life in this country, much to our benefit. Beginning with two students in her house at Hay St, Maria set up a studio teaching drama and voice production. Her circle of pupils grew. She held gatherings to read and discuss plays and poems. She introduced German authors, translating them into English. She also championed New Zealand writers and poets. There is a recording in the RNZ archives that preserves the sound of her strong richly expressive voice reading from a poem by Alan Curnow. She produced and directed many plays, and her pupils went on to help establish professional theatre in this country.

One of those pupils, Pat Evison, remembers sitting on the Oriental Bay Band Rotunda just across from Hay St. She is listening to Maria Dronke reading lines from Rilke in German and translating them instantly into English. Maria had a personal connection to this great poet. He died in 1926.  She was chosen to read from his poems at the funeral commemoration held in Vienna.

I discovered Rilke in English translation during my adolescence. I found a slim collection of his poems in the old Wellington Public Library, the present-day City Art Gallery building. Between the heady pages of this little book waiting to meet me, dwelt:

-Apollo’s archaic torso, “his legendary head with eyes like ripening fruit”
-the caged restless panther, “his gaze against the sweeping of the bars grown so weary”
-Buddha in glory, “A billion stars…spinning through the night, blazing high above your head”

I took my book to the issuing desk and walked out into Civic Square. A man who had been behind me in the queue stopped and spoke to me. He was so glad to see that I had chosen Rilke to read. No one had ever stopped me like this before... Perhaps, years earlier he had been introduced to this poet at one of Maria Dronke’s readings on the Oriental Bay Band Rotunda - the smell of salt in the air, gulls wheeling overhead. 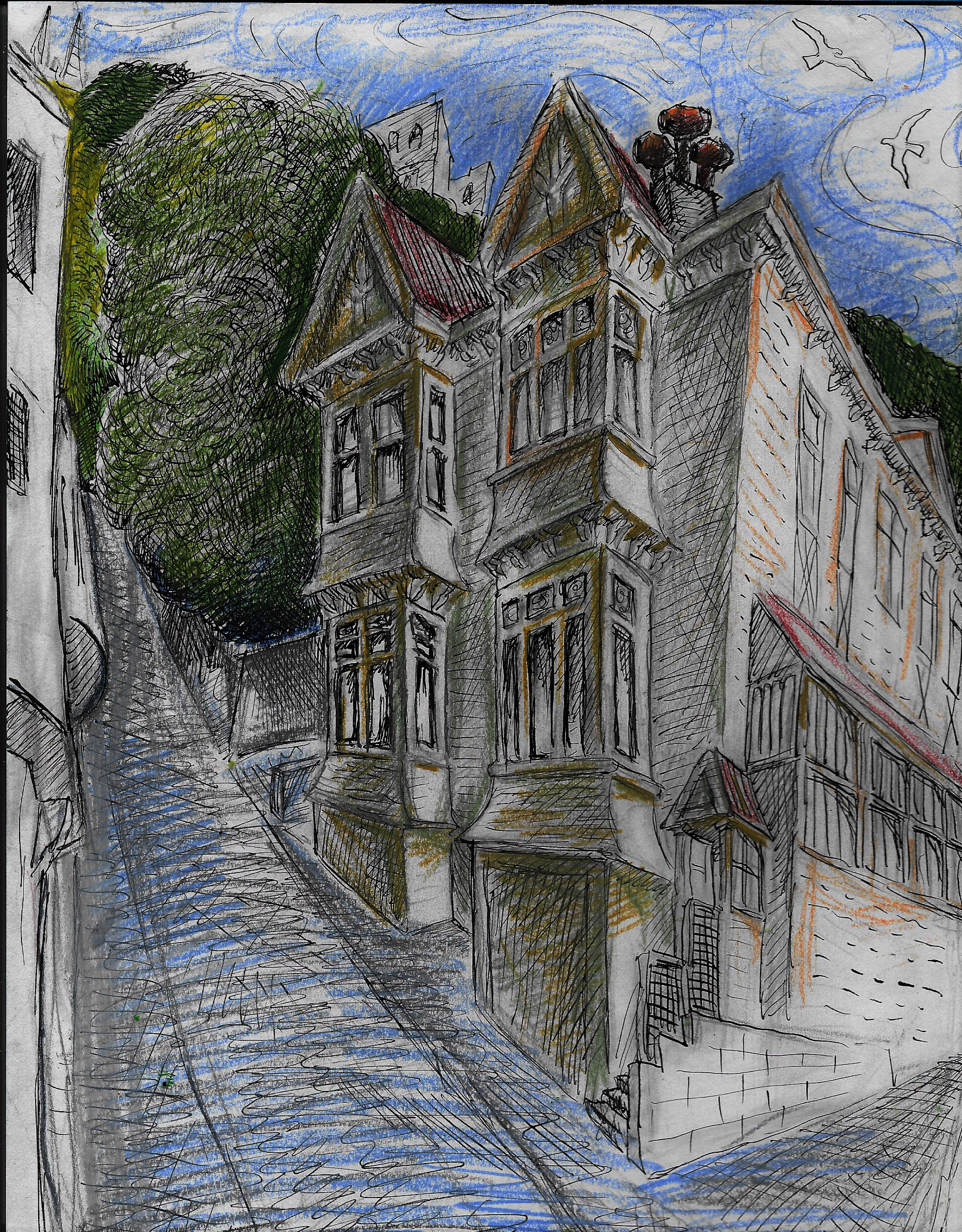 The House of the Grand Recluse - 26 Palliser Rd

The oldest house in the street.
Article