Wellington to Naples and the Ancient Underworld - St Gerard's Monastery

Gerard Majella was the son of humble tailor who lived and worked in the region just south of Naples during the early 18th century. When he died of tuberculosis in 1755 aged 29 he had become widely known as a miracle worker. Reputedly he could heal the sick, read people’s minds, walk on water, levitate and appear in two different places simultaneously.

I can personally testify to his miraculous powers. I was born dead, having been starved of oxygen and showing no signs of life. My mother had a relic of Gerard Majella, a tiny piece of cloth taken from his garments and preserved in a silver locket. She took the relic in her hands and prayed fervently over me. I came to life and was named Gerard in tribute to the saint.

My mother had obtained the relic from St Gerard’s Monastery, the red brick gothic edifice built on a promontory above Oriental bay in 1908. When I was young a huge gilt framed oil painting hung above the main altar of the church, depicting the life size figure of St Gerard levitating above an astonished crowd. It had originally hung in the Vatican in Rome. It was shipped back to Italy after the closure of St Gerard’s Monastery in Wellington. It now hangs in the old monastery south of Naples where Gerard Majella had lived and worked.

Naples stretches around its famous curving bay. The whole landscape is drenched in myth and legend and artefacts. To the north of the Bay of Naples, beyond the cliffs of Posillipo, is Cumae, a site famous for Sibyl or Prophetess. Further beyond that are the shores of Lake Avernus, believed to be an entrance to the underworld in Greek and Roman myth. Also rising above the Bay of Naples, to the south, is the great volcanic cone of Vesuvius. Its ghostly long buried towns of Herculaneum and Pompeii had just been rediscovered when my Neapolitan name-saint died in 1755.

I was able to visit Naples for the first time in 1996 while travelling Europe by Eurail. There was so much to see and explore, but I felt the need to visit my name saint’s shrine in a small town south of Naples called MaterDomini; he had, after all, saved my life. And, I wanted to see again the huge oil painting of him levitating in ecstasy that had once hung above the altar at St Gerard’s Monastery in Wellington.

On my map it looked as if MaterDomini was not far behind Mount Vesuvius; an easy walk from the last stop on the suburban railway line. But the map was deceptive. It took me almost three hours of heavy trudging, in gruelling afternoon heat, before I finally reached my destination. By then the church was locked for the day. I turned around disappointed and frustrated, but then noticed a strikingly elegant horse standing within a ground floor room of a building that opened onto the street. It stood there so calmly and silently as if in a vision.

Maybe it was my name-saint greeting me in a new and miraculous guise. 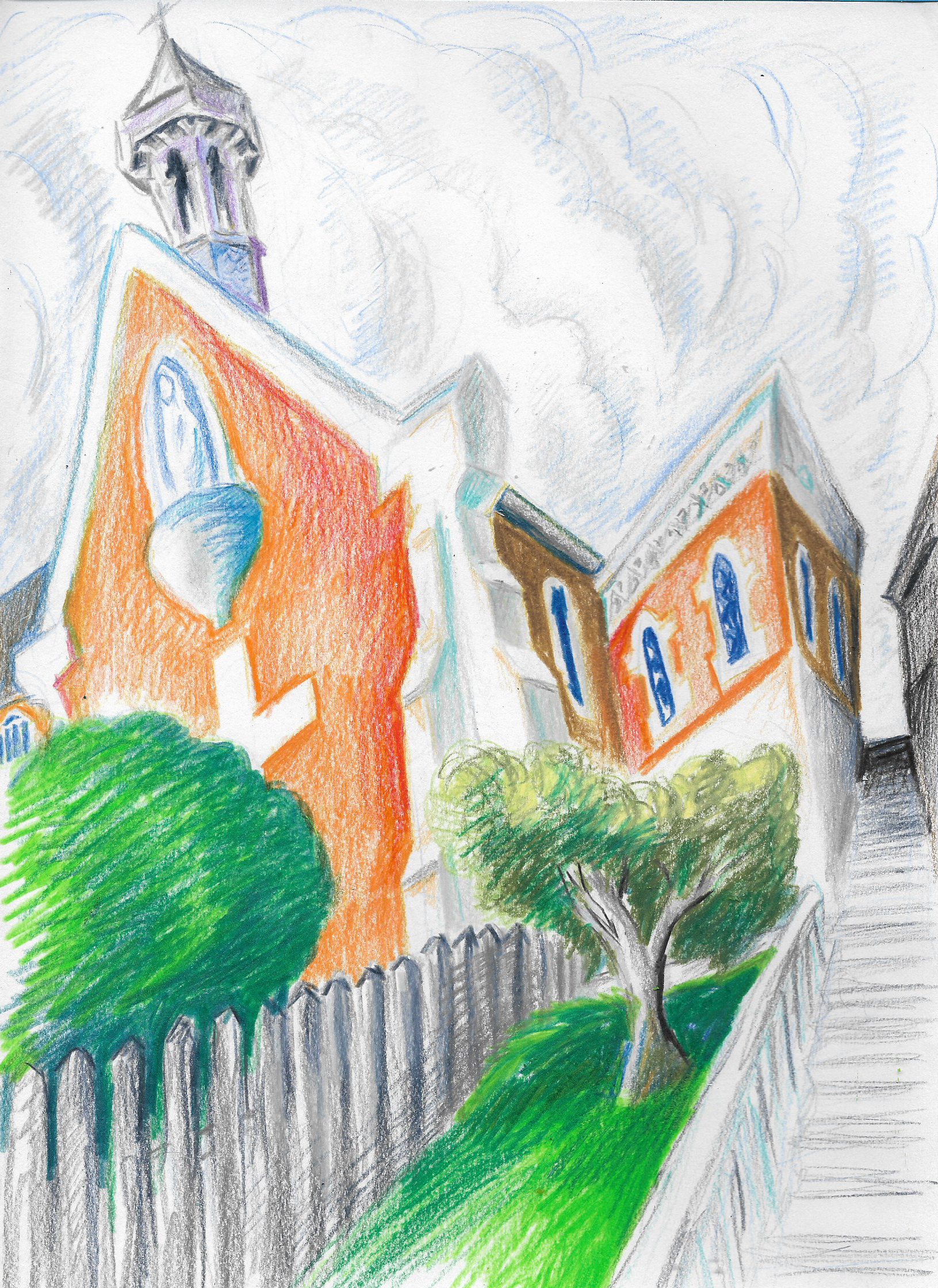 Portal to the Other Side - Mt Victoria Bus Tunnel

The legacy of Anon.
Article