The Tree at the End of the World - Palliser Road

My cousins on my father’s side of my family have always lived just down the street. Their place, looking across to the eastern side of the harbour, became a second home for us.

One of my earliest memories, as a 5 yr old, is climbing up the section at the back of their house, through thick undergrowth, until I reached a clearing at the top. Here the land flattened out. A lone macrocarpa tree stood up there, huge against the sky, wind whistling in its branches. To my five year old eyes it seemed to mark the edge of the world.

Our cousin’s grandfather also lived at their house. We knew him as Uncle Ted. He was Ngati Apa, from Turakina, in the Rangitikei district. In that strict era adults were often fearful, “Children should be seen but not heard” was the rule. Leather straps were used to threaten and punish us, both in school and at home. Uncle Ted was different. He was always gentle and kind with us children, never frightening at all. He died many years ago, when I was about seven, but I’ve always remembered him with special fondness, along with the tree at the end of the world, whistling in the wind. 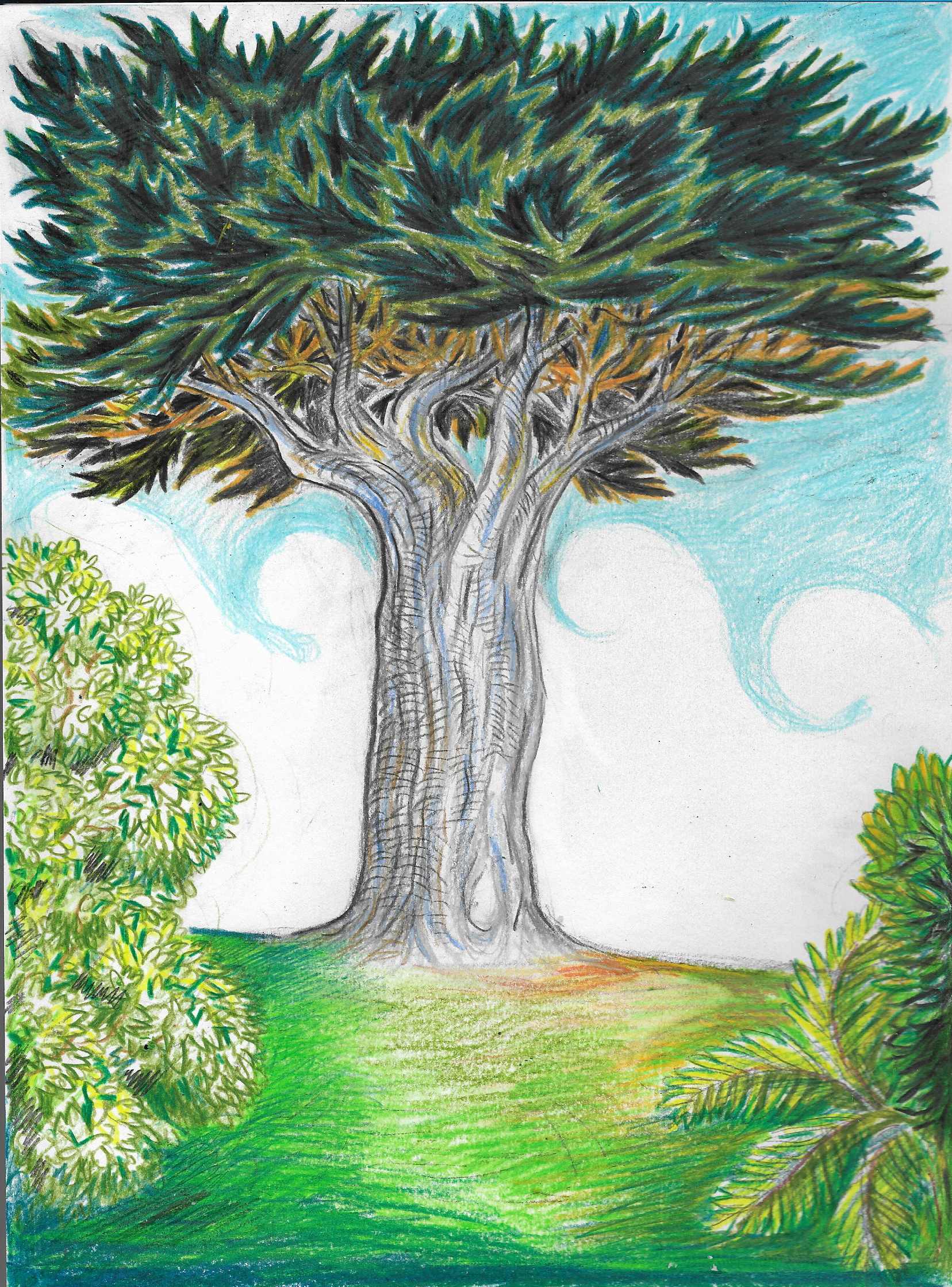 Song of the Riroriro - The Town Belt Above Oriental Bay