I remember as a child, walking home from school, and looking up at the radio masts at the top of Mt Victoria whenever a northerly gale was blowing. The wind would be screaming and howling up there. These sounds would fill me with terror and awe.

This was long before I learnt that the peak had once been named Tangi-te-Keo, Cry of the Bird. This great bird was the spirit of the dying taniwha Whataitai being released into the heavens.

In 1927 the radio transmitters of the pioneering station 2YA were erected along the ridge line of Tangi-te-Keo. The station’s 5 kilowatts of power enabled it to broadcast nationally, the first station in the country to do so (2YA continues to broadcast today as RNZ National). One of the founders of the 2YA company, Ambrose Reeves Harris, had worked with Thomas Edison in the United States in his early experiments on the transmission of sound.

On New Year’s Eve 1927 the 2YA transmitters broadcast from 3 pm to midnight, the program included 'Children’s Hour', with the pupils of Miss Gwen Shepherd reciting “The Soliloquy of a Chicken” and Mr Doug Tark singing "Queen of my Heart”. There were also steel guitar duets by Berthold and Bent.

I imagine my father, then aged 4, in the Grass St family home at the base of the hill, gathering excitedly around the crystal set to listen in to these sounds with his older sister Kathleen, father Tom, and mother Queenie.

They have all now long vanished from this earthly sphere, but the radio waves from that first New Year’s Eve broadcast continue to spread out into space, destined perhaps to one day reach another inhabited planet with radio technology. How would that far off civilisation perceive us, listening in to the much-decayed, grainy sounds of Aunt Gwen’s Children’s hour, and Berthold and Bent’s steel guitar duets? 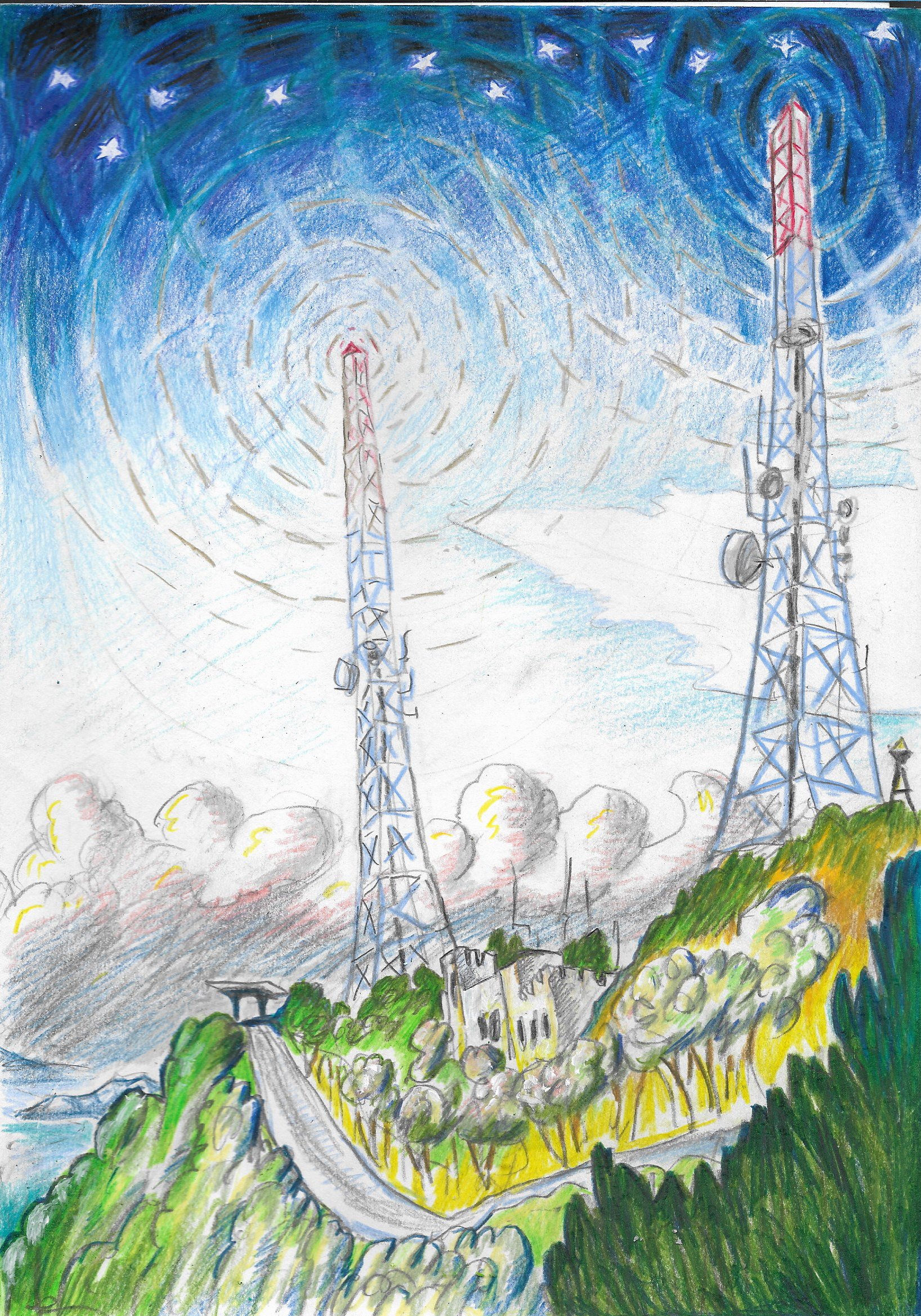 Realm of the Conquerers - The Lookout

The busts exploit the view.
Article