“With infinite complacency men went to and fro over this globe about their little affairs, serene in their assurance of their empire over matter.”

An invitation to participate in a reflection on COVID brings hesitation, a sense of wanting to avoid the opportunity, a feeling of being overwhelmed at the commitment. But that is when the energy’s low, which has been a lot of the time over the last few months. Of course the other me, the FOMO me, the me that knows it’ll be fun in the long run, says I know I’ll regret it if I don’t.

Everyone’s got a Lockdown story. We are all unified under Corona. Certainly in the early days.

Out of the apocalypse that was the Australian summer, stories of a gathering unknown infection in the Chinese city of Wuhan made their way through the clouds of smoke. It was an compelling story as we had briefly visited this city six months earlier to play a show in a club called Wuhan Prison. Months later we would find out that we left the city about twenty days before the first case of the novel coronavirus would present and rewrite the way we all interact with the world.

Horror stories of first Italy and then Spain soon gained global attention. This virus was no longer perceived to be limited or contained. Here at home we were organizing a small tour of the South Island and planning local shows. Thinking about it now, it reads like the opening scene in H.G. Wells novel War of the Worlds: Us, innocently going about our daily endeavours oblivious and ignorant to the gathering storm.

In my working life though, the corona virus was becoming a frequent conversation. I work as a nurse as part of a health team in a Youth Service. I am lucky to have access to clinicians who are literate in the wider contexts of health and illness, who have worked in crisis zones before. Yet here we all were in the face of a cascading unknown. Stories ramped up daily of hundreds, if not thousands, dead. How were we to cope? Who knew the real magnitude of what we were about to be confronted with?

After work, back home, I would continue to organise shows as if what was happening was of little consequence.

Then it arrived. The local numbers exponentially increased. The anxiety rocketed. Ardern announced a 48 hours preparation period before a full Level 4 lockdown. It was a Sunday and I went into work. We had an afternoon to plan how to reconfigure a health centre to be pandemic-ready by the morning. Over the next few days information and official recommendations changed frequently, sometimes several times in a day. It was a head-fuck trying to keep up, but we consistently had to respond and revise.

After work, back home, the evenings turned into a tour cancelling exercise.

Suddenly the streets were empty. Bubbles formed and compassion was tangible. Biking to work was brilliant. There was something awesome in the awfulness.

My workplace was deemed an Essential Service, so remained active and open. The contagion was spreading. The international death toll increased, local infection rates escalated quickly and then death arrived. We needed to be prepared and confident in PPE despite any anxiety we held personally. We checked in with the daily briefing, read anything that might educate us on what might happen next, learned and dumped and re-learned as old advice made way to new. It demanded mental agility and dexterity while maintaining robust and safe clinical practice.

Returning home to the bubble it turned into evenings of food and alcohol, of establishing new routines. New habits like believing you are contaminated until an immediate shower upon returning, being careful in the discarding of any potentially-infectious work clothes upon entering the house. Touch no one till disinfected!

Online, creativity seemed to flourish. There was an energy to the new environment, people recognizing the need to stay connected and use online performance as a valid expression. Nearly every other day invites were received to take part in online concerts, discuss things in interviews or to collaborate on recording projects.

Initially it seemed possible to entertain these requests. But that was before the exhaustion started to settle. Decision fatigue. Navigating anxieties, localities, the practical aspects of managing an unfolding crisis with limited information at work became the only creative act. There was no time, head-space or the words to find some philosophical meaning to project.

The weeks ticked by and the collective mitigating efforts delivered tangible progress. The curve was flattening, cases were decreasing, and clinical routines became familiar. As we approached Level 2, I could see an opportunity to take a break, a small window of time, a settled, momentary, period in which to escape to. Through a serendipitous connection a small shed in the Waiohine Valley became available. Pre-empting the possibility of slowly unwinding with some recreational recording, I packed a notebook, a bottle of whiskey, and a small amount of recording equipment in the faint hope that something sonic might be captured while away.

As the country anticipated moving from Level 2 to 1, I felt urgent for the isolation. It could not arrive fast enough. I drove to the foot of the hills and slept. The quiet developed into an unexpectedly fruitful time. I spoke to no one, spent days in monastic silence in a routine of coffee, reading and then recording till dusk. Part-way through I needed supplies so took a trip to Carterton, There I heard the dramatic news of an upending situation in the US after the murder of George Floyd. The world interacts in explosive ways.

Now, back at work the new ‘ordinary’ delivers its own stressors. There is a comfort I’ve heard expressed many times about the security the first Lockdown delivered. As things reopen the uncertainty returns. The confidence of a science-based approach has devolved to conversations of conspiracy. However it pans out, whether we like it or not, we are still in it together. The best and the worst, inescapable.

I noticed in myself that the invite to participate in this project generated a feeling of resistance. It was still one task too many in the daily torrent of demands. The idea to generate a ‘new’ piece of work, from scratch, seemed more than could be managed. But the idea to compile a few pieces, formed without purpose, into a single entity recorded in refuge grew as a tangible and graspable possibility. The other me was right, I would have regretted declining. And for this opportunity I give thanks to Pyramid Club.

The audio recorded for this project are three of eight pieces from this period. Stylistically different from each other, but each born 24 hours apart. The first and third tracks are spontaneous compositions. The kereru are locals, the train is the Featherston Line, and the wasps were lifted from Chrissie Butler’s contribution to the Psi-Isolation CD. Mixed and mastered by C Butler and mr sterile.

mr sterile et al is an audio clearing-house from skirted Records, a convenient title capturing different musical approaches under one moniker. Before-he-was-named-mr sterile's musical entrance started in the 80's via punk rock of the most southern variety, located deep in the bowels of Southland. Though geographically isolated, he had remarkable access to, and gravitated towards, raucous noise; from politically charged and D.I.Y punk rock, the nihilism of New York No-Wave, to the ear-bending found-sound approaches of pre-digital Industrial music. Moving to Wellington in the 90's presented ear-entering exposure and collaboration with unruly noise, free-form jazz and rhythmless soundscapes. The sonic journey remains ongoing.

Necessity dictates that 30 plus years of uneconomic musical exploration requires income from other means. The day job is as a nurse in primary health care. 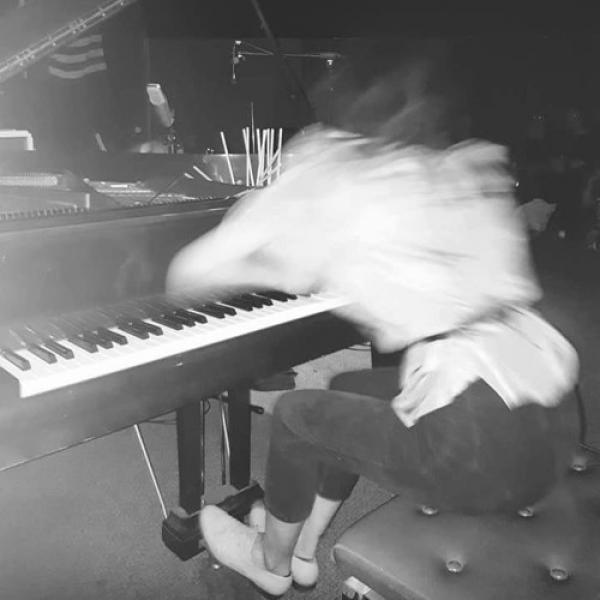 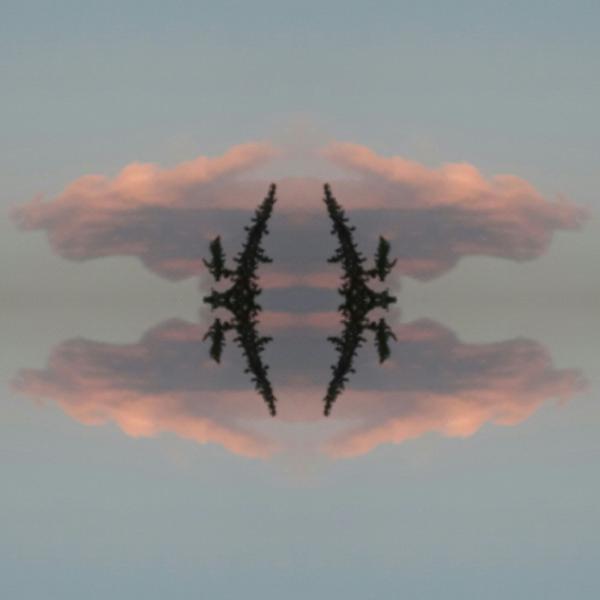 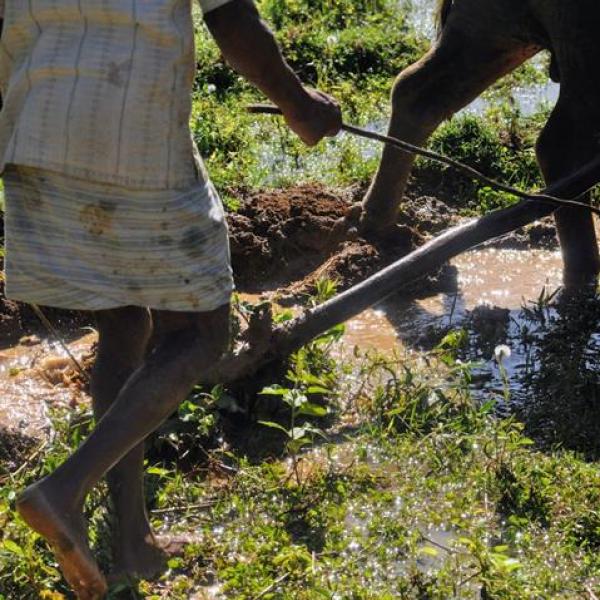 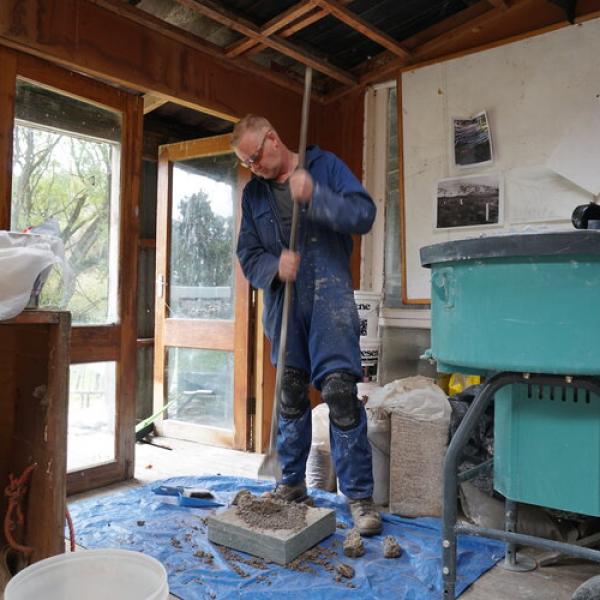 An analysis of Candy 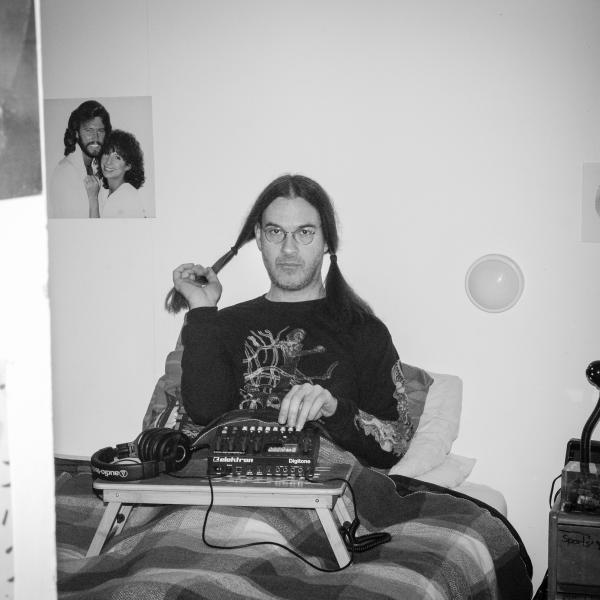