An excursion to Putangirua

When asked to curate an off site event for the Pyramid Club, my first thought was to approach contemporaries who often deal with site specific ideas, whose work embodies news ways of experiencing and listening beyond a concert hall or gig setting, whether that be through installations, electronic media, or live performance practices. I approached a number of colleagues, and it eventually settled with Jesse Austin-Stewart and Callum Mallett.

The Putangirua Pinnacles, the first stop of the day, was for Callum Mallett a repository of childhood memories, having visited the area for family holidays. His work, ​for sequence of familiar​, a notated work for live performer-improvisers, spreads the performers throughout the labyrinthine Putangirua Pinnacles, each musician responding to the score: a mixture of 8mm family holiday pictures (presented semi transparently, mixing, blurring reflecting the haze of memory) and fragments of musical notation to instigate improvisation.

The diffusion of sound, with myself on saxophone hidden up one of the passages, led to an interesting sonic experience, my only reference the sound of the others, but also the amazing sense of space and silence, punctuated by the stream. It was a highly meditative work. 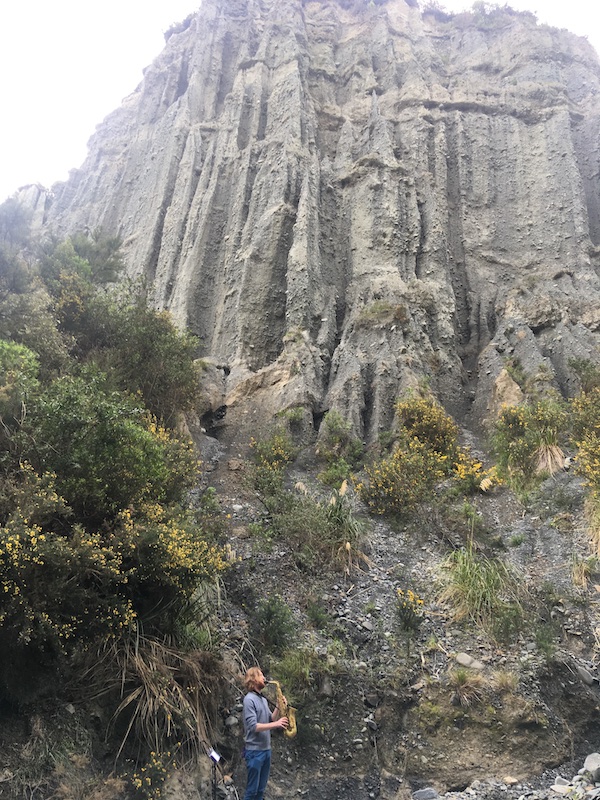 Our next stop, the Cape Palliser lighthouse, was the focus of Jesse Austin-Stewart’s contribution, lighthouse auralization.​ Austin-Stewart, a sound artist working in many media, is particularly focused on our perception of sound, often dealing with minimalist material that draws us into how we are hearing. The lighthouse in this sense was an apt choice, in both the simplicity of the visual aesthetic, and also in regards to function. Austin-Stewart writes:

Lighthouses have been used as a way to identify position through visual means. This work plays with musical and perceptual ideas of sound localization through an auralisation of a lighthouses visual function.

Instead of the visual pulse of light, the lighthouses raison d'etre, this work plays an aural signal. Callum Mallet performed the piece on the day, circling the lighthouse with a concealed speaker, as if a rotating light, the sound being altered by its position, disappearing in and out of the wind (of particular strength that day). The simple and subtle changes being complimented and fought against by the environment. The day was rounded off with an improvisation by violist Elliott Vaughan, whose whistling harmonics wove through the whistling fixtures of the lighthouse.

The featured video was Jesse’s personal video performance from a different occasion, without an audience. 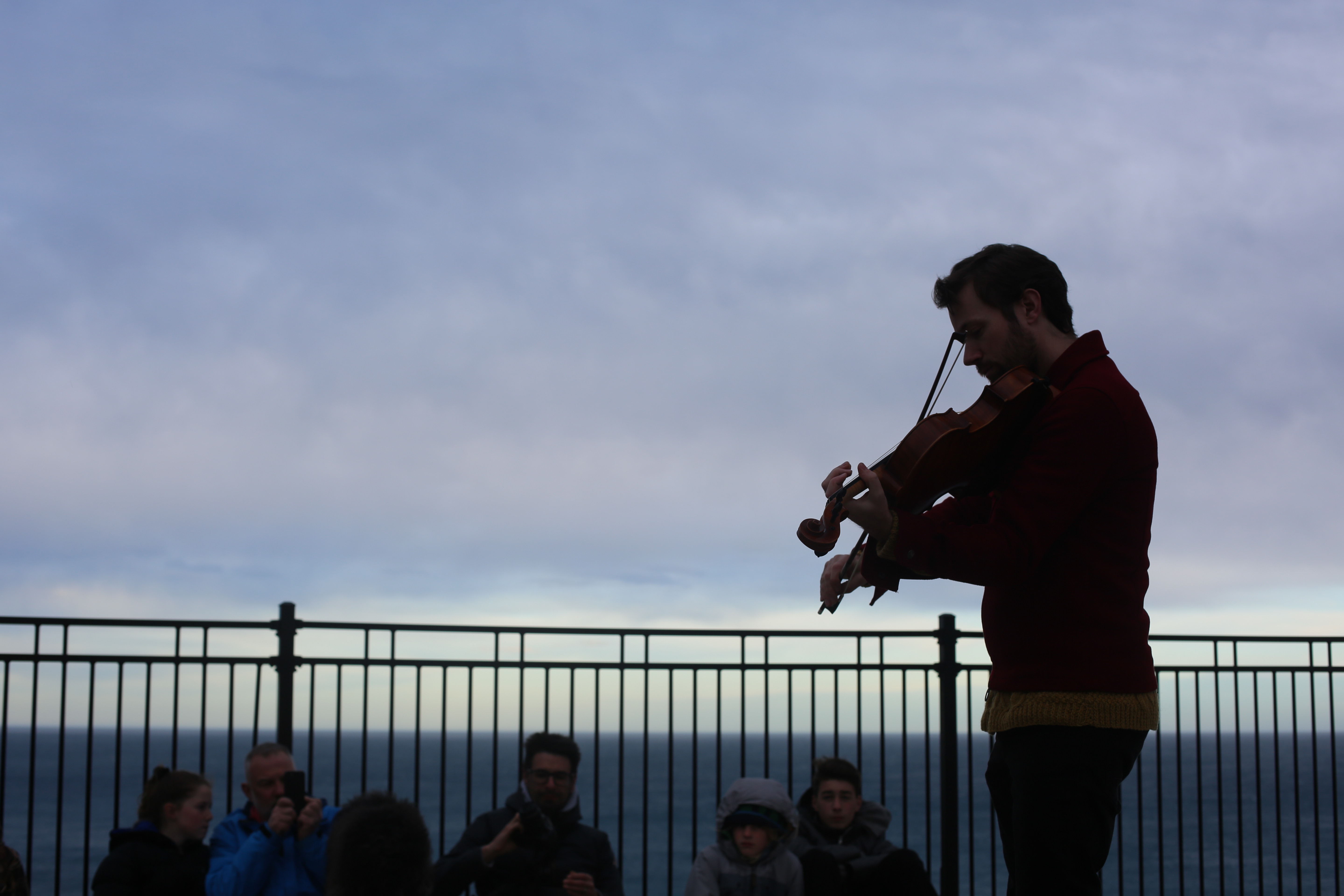 Also an improvising saxophonist he has played with Rob Thorne, Simon Eastwood and Dexter Stanley-Tauvao (as Pyramid Lake), Keir GoGwilt, The Arthur Street Loft Orchestra and Jeff Henderson. Increasingly he is focused on bringing together his love of free playing with large ensemble composing.

Our Music is Trash